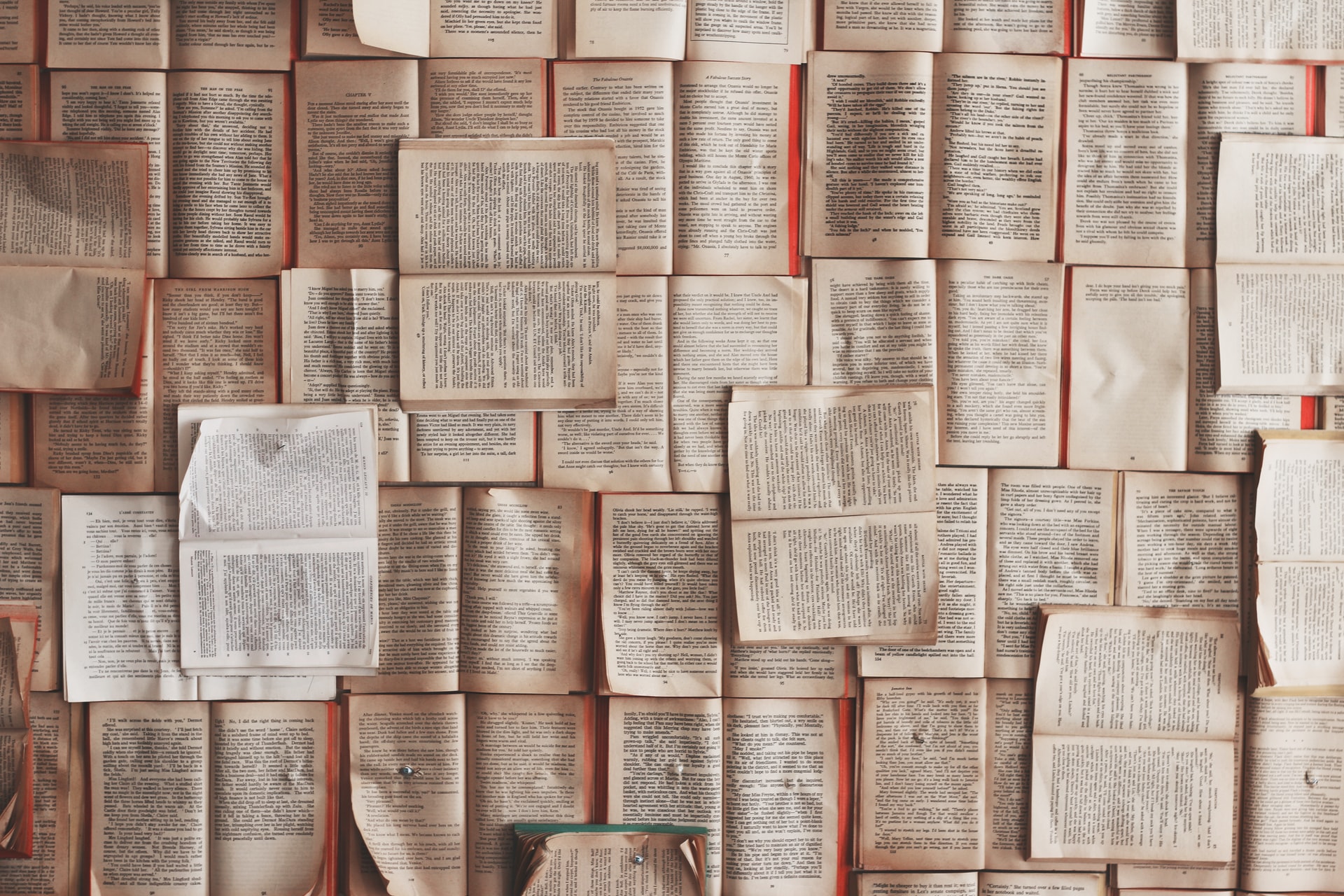 5 Novels That Will Make You a Better Writer

Most writers also tend to be voracious readers. Books are where many of us first fell in love with storytelling—sailing on ships to faraway lands, traveling back in time, or falling through a portal to an entirely different world. A lot of us are introverted types who find an escape within the pages of a good novel.

While fiction books are wonderful for their entertainment value, they can also be very useful tools in your quest to become a better writer. You can study your favorite authors’ storytelling techniques and work to implement them in your own work. I know a lot of people who don’t like to reread books. But I always end up reading books I especially enjoy at least twice. The first read is just for fun—the rest are for educational purposes.

Over the years, I have studied many of my favorite books, trying to figure out what I like so much about them. I’ve put together a list of some books that have both entertained me and made me a better writer. Perhaps they can do the same for you.

1) The Secret History by Donna Tartt

This novel follows Richard Papen, a young man who starts school at a small liberal arts college in Vermont. He becomes fixated on a group of Classics students—on a beautiful girl named Camilla, in particular. He works his way into their Classics class and tight-knit social group where he falls under the spell of their charismatic professor. But one night things go too far and irreparably change the students’ lives forever.

There are so many aspects to admire about this book. The character development is top-notch, as is the New England college’s atmosphere. The writing is lovely and Tartt writes very convincingly from the perspective of the opposite sex, which is no easy feat.

What I want to focus on here, though, is the novel’s very first sentence:

The snow in the mountains was melting and Bunny had been dead for several weeks before we came to understand the gravity of our situation.

You would be hard-pressed to find a reader who isn’t drawn in by that sentence. It brings up so many questions. Who is Bunny? How did he die? What does the snow melting have to do with it? What is this “situation” our narrator is in?

We’re only twenty-five words into the story and Tartt has already introduced a level of tension that many books spend hundreds of pages striving toward. The snow melting in the mountains also adds a poetic touch, which somehow makes the rest of the line even more sinister.

The sooner you can hook a reader, the better. It is a worthwhile exercise to try to do so as elegantly as Tartt has here.

The first installment of the Dune saga tells the story of Paul Atreides, the young heir to a noble family left to rule desert planet Arrakis. Arrakis produces “the spice” or “melange”, a drug which can extend life and improve mental capabilities. Melange can only be produced on Arrakis, which means control of the planet is coveted across the universe.

Dune is one of the most revered science fiction novels of all time. In 1966 it tied with This Immortal by Roger Zelazny for the Hugo Award, and it won the Nebula Award for Best Novel. The incredibly successful Star Wars franchise was also heavily influenced by Dune.

The novel deserves all of its many accolades and can teach writers a great deal about world-building. Herbert not only created a convincing desert planet with well-thought-out methods people would use to withstand their inhabitable environment, but he thought about his entire universe from every possible angle. He developed this society’s layers of technology, ecology, politics, and religion and how each would affect the others.

This novel will show you how very much there is to think about when building your world, and how vital it is to remember the domino effect one part of a society can have on others.

3) The Graveyard Book by Neil Gaiman

After his parents are brutally murdered, Nobody “Bod” Owens is adopted by the ghosts and other supernatural inhabitants of a graveyard. He has many adventures in the graveyard but is curious about the world outside. But if he ventures out of the graveyard, he will be in danger of being found by the man “Jack”—who wants to finish the job he started with the rest of Bod’s family.

The Graveyard Book is another highly decorated novel; in fact it is the only work to ever win both the Newbery and Carnegie medals. Like Dune, it also features excellent world-building. Gaiman describes the graveyard in exquisite detail and Bod is surrounded by a colorful cast of ghostly characters.

One of the greatest lessons a writer can learn from this novel, though, is the importance of “little” moments. Throughout Chapter Three, “The Hounds of God”, Bod is unhappy that his guardian, Silas, has left him in the care of Miss Lupescu, a strict woman who brings him unappetizing food to eat instead of the junk food he’s used to. After the two go on a supernatural adventure together and Silas returns to the graveyard, Bod tells him,

“It’s okay. Miss Lupescu looked after me. I was never in any danger.”

Miss Lupescu looked at Bod, and her eyes shone, then she looked at Silas.

“There are so many things to know,” she said. “Perhaps I come back next year, in high summer also, to teach the boy again.”

Silas looked at Miss Lupescu, and he raised an eyebrow a fraction. Then he looked at Bod.

So much is packed into this short exchange. Here we can see that Bod now appreciates all that Miss Lupescu has been trying to teach him, and that he realizes that the food she made for him was out of care for his health and wellbeing. And Miss Lupescu’s reaction shows that though she can be stern, she deeply cares for the boy.

Reading this book will help to teach you how much you can communicate with tiny moments like this.

Throughout her life, Astrid has always been isolated from the world by her mother—a mad, beautiful poet. When her mother murders her boyfriend in a fit of jealousy, Astrid is thrown into the foster system and must learn to survive on her own.

White Oleander is a fantastic example of a coming of age story done right. At the beginning of the novel, Astrid is an extremely sheltered child who only knows what her brilliant but unhinged mother has taught her about the world. Fitch pulls you deep into Astrid’s perspective and the girl comes to feel like a dear friend that you are able to watch grow through the novel’s pages. Even in her least likable moments, the reader still empathizes deeply with Astrid on her road to self-discovery. This book shows how important it is to give your characters a real arc, and can give you some ideas as to how to do so.

Janet Fitch also does a marvelous job with her use of poetic prose. Often attempts to write novels poetically come off as wooden and unnatural. Writers will try too hard with purple prose and lose the reader’s interest. But Fitch strikes just the right balance, as she does in this description of a pearl necklace:

The pearls weren’t really white, they were a warm oyster beige, with little knots between so if they broke, you only lost one. I wished my life could be like that, knotted up so even if something broke, the whole thing wouldn’t come apart.

Fitch doesn’t go overboard with the metaphor here, and keeps it firmly grounded in the character’s emotional perspective. This is a great way to include poetic phrasing in your novel without things getting too flowery or insincere.

5) The Scorpio Races by Maggie Stiefvater

On the fictional island of Thisby, the start of November means it’s time for the Scorpio Races. In the deadly races, jockeys ride blood-lusting water horses with hopes of winning a fortune. Sean Kendrick has won the races several years in a row and longs to unshackle himself from his harsh employer and his employer’s sadistic son. To save her family from eviction, Puck Connolly becomes the first girl ever to enter the competition. Sean and Puck form a deep bond as they train for the race—but only one of them can win.

Like Dune and The Graveyard Book, The Scorpio Races features some wonderful worldbuilding. The island of Thisby doesn’t exist in a specific time or place—the townsfolk wear old-fashioned clothes and ride horses, but there are no clues as to what exact time period in which the story takes place. And while Thisby seems somewhat Irish, this is also never confirmed. Yet despite all this vagueness—or perhaps even because of it—Thisby feels like a tangible place that you can easily picture in your mind.

And like The Secret History, this story has a great first line full of intrigue and tension:

It is the first day of November and so, today, someone will die.

Even more impressive that this novel’s worldbuilding and dynamite first sentence are its characters. Puck and Sean are both beautifully real individuals with relatable emotions, desires, and flaws. The way the romance between the two of them develops throughout the book is lovely to watch. The love story in this novel shows that a slow burn is so much more satisfying than pushing two characters together just because they’re both attractive and the plot demands it.

The main characters are not the only fascinating ones in this novel. Puck’s brothers, the butcher’s wife, a businessman in town to purchase horses, and so many others all seem like fully-formed people with their own stories as well. This book will teach you to think deeply about each and every character, and perhaps write some character biographies—even for the less central ones.

Author’s Bio: Jillian Karger was born in Ohio but has lived in and around New York City for over a decade. Since graduating from NYU in 2009, Jill has had a long string of jobs doing things like scouting books to be adapted for film and researching trivia questions for “Who Wants to Be a Millionaire”.

She has done freelance writing as well for sites like Cracked.com, and had her Twitter jokes featured on BuzzFeed and funnyordie.com. Jill has also self-published two novels on Amazon.

Follow her blog posts about books and writing advice, read books and publish them for free at: https://www.fictionate.me.

How To Find Someone To Help With Your Childs Studies

How to Get More Marks in the SSC CGL Exam?

Why You Should Choose International Schooling For Your Children In Bangkok

@wp_updates Hey WP Updates, There is an issue with auto-updates - all updates come with error:… https://t.co/E5aULz4RSU

Reply Retweet Favorite
@Josh__aj We’re not owner of that site. This is website from a customer has purchased our theme. We just selling Wo… https://t.co/DTF7gN1WbS

Reply Retweet Favorite
@iamFRANQ @Naijaknowhow Hi, Can you tell me where do we use your content? Do you know we're a company work for sel… https://t.co/udWd8ULHvG